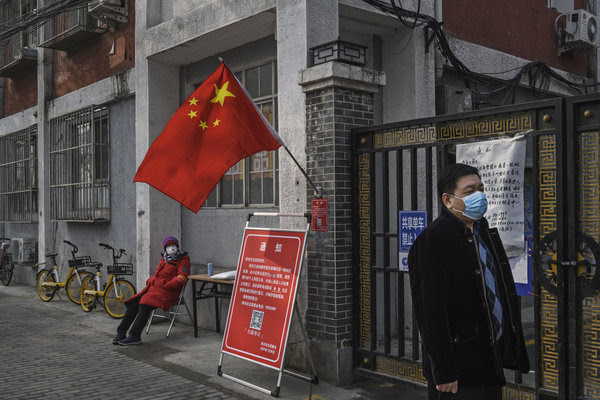 1. President Xi Jinping was aware of the coronavirus outbreak well before he first spoke publicly about it, drawing him directly into questions about whether Chinese officials did too little, too late.

In an internal speech published by the government on Saturday, Mr. Xi said he had “issued demands about the efforts to prevent and control” the coronavirus on Jan. 7 — while officials at its epicenter in the city of Wuhan were still playing down its dangers.

Mr. Xi’s advisers might have hoped that publishing the speech would reassure his people that he could be trusted to lead them out of the epidemic.

To contain the virus, Chinese authorities are mainly relying on a flood of workers to keep hundreds of millions of people from coming in contact with outsiders. The grass-roots mobilization, reminiscent of Mao-style mass crusades, has not been seen in China in decades. Above, a resident standing guard outside a Beijing apartment building.

The post NYT: Xi aware of Coronavirus Outbreak Before He Spoke Publicly About It appeared first on MrTopStep.com.